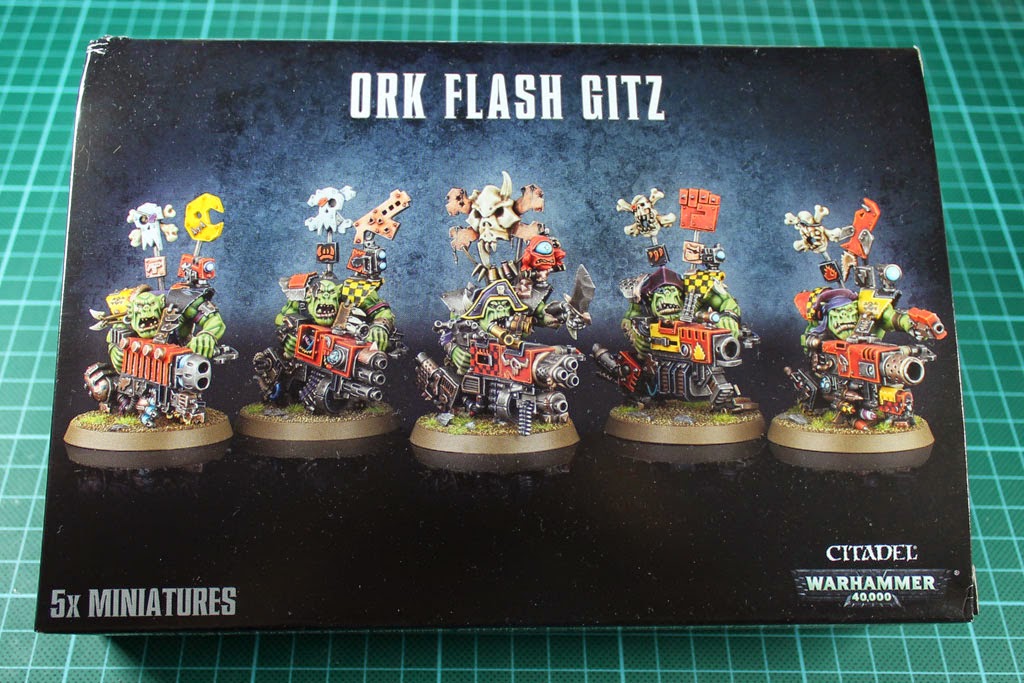 I started to work on my custom flash gitz this weekend.  I started with some Assault on Black Reach Nobs and I want to make up some souped up Snazzguns. 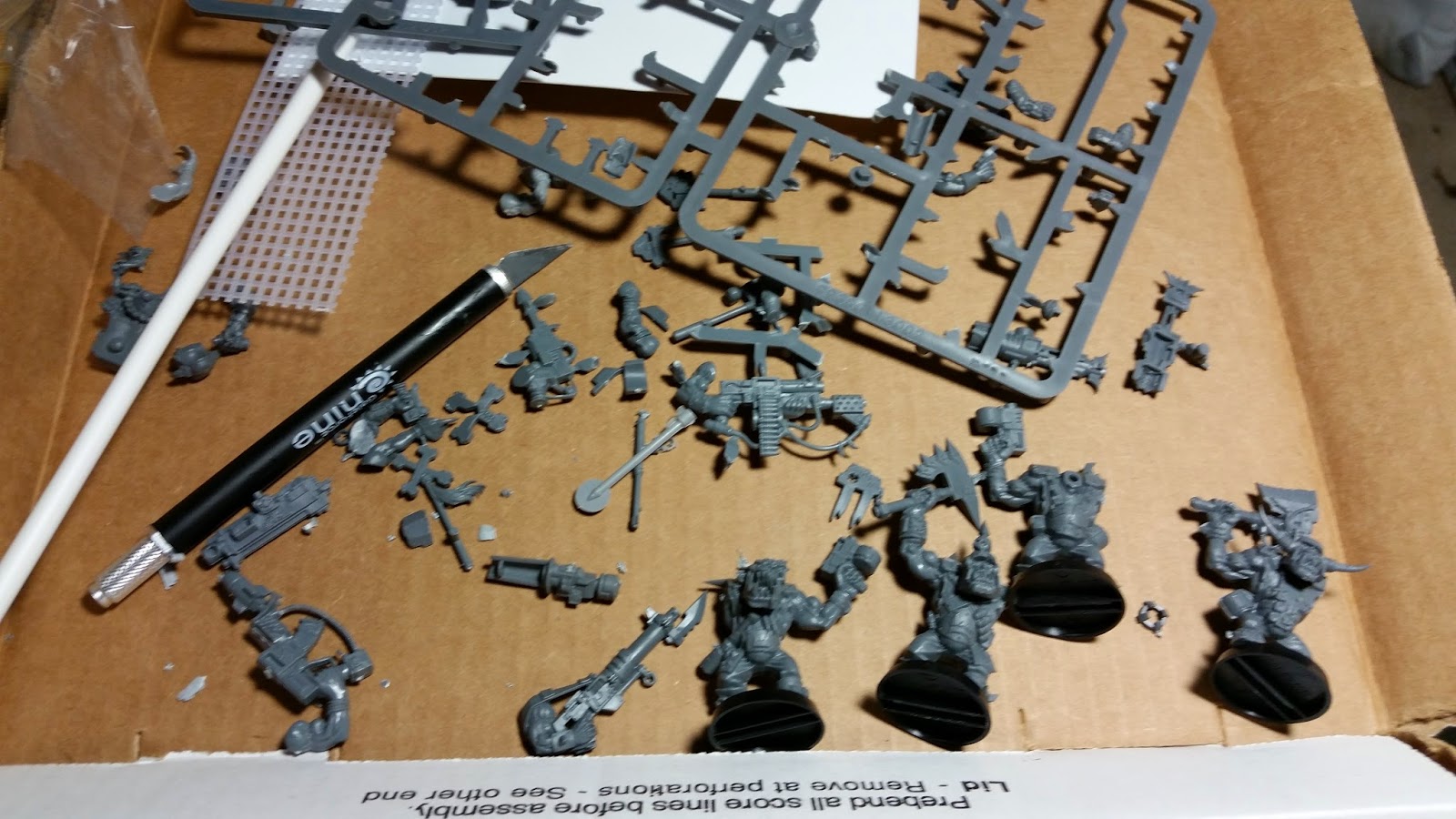 My fist conversion was a simple one.  I used the following pieces:

First I took off the harpoon.  Then I took just the barrel of the burst cannon and glued that into place. I took the power pod and attached that to the side of the arm then assembled the nob.  This is what I got. 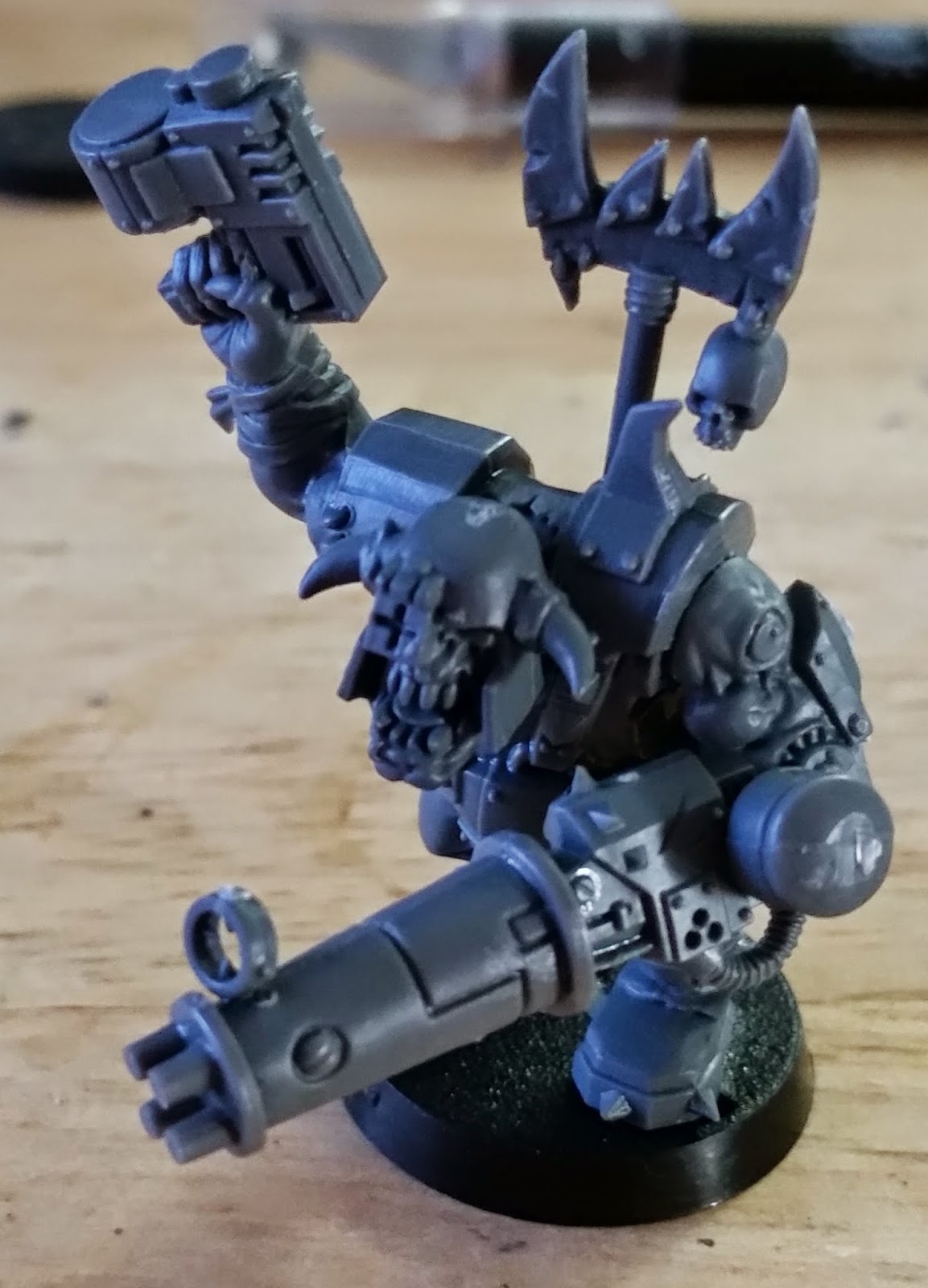 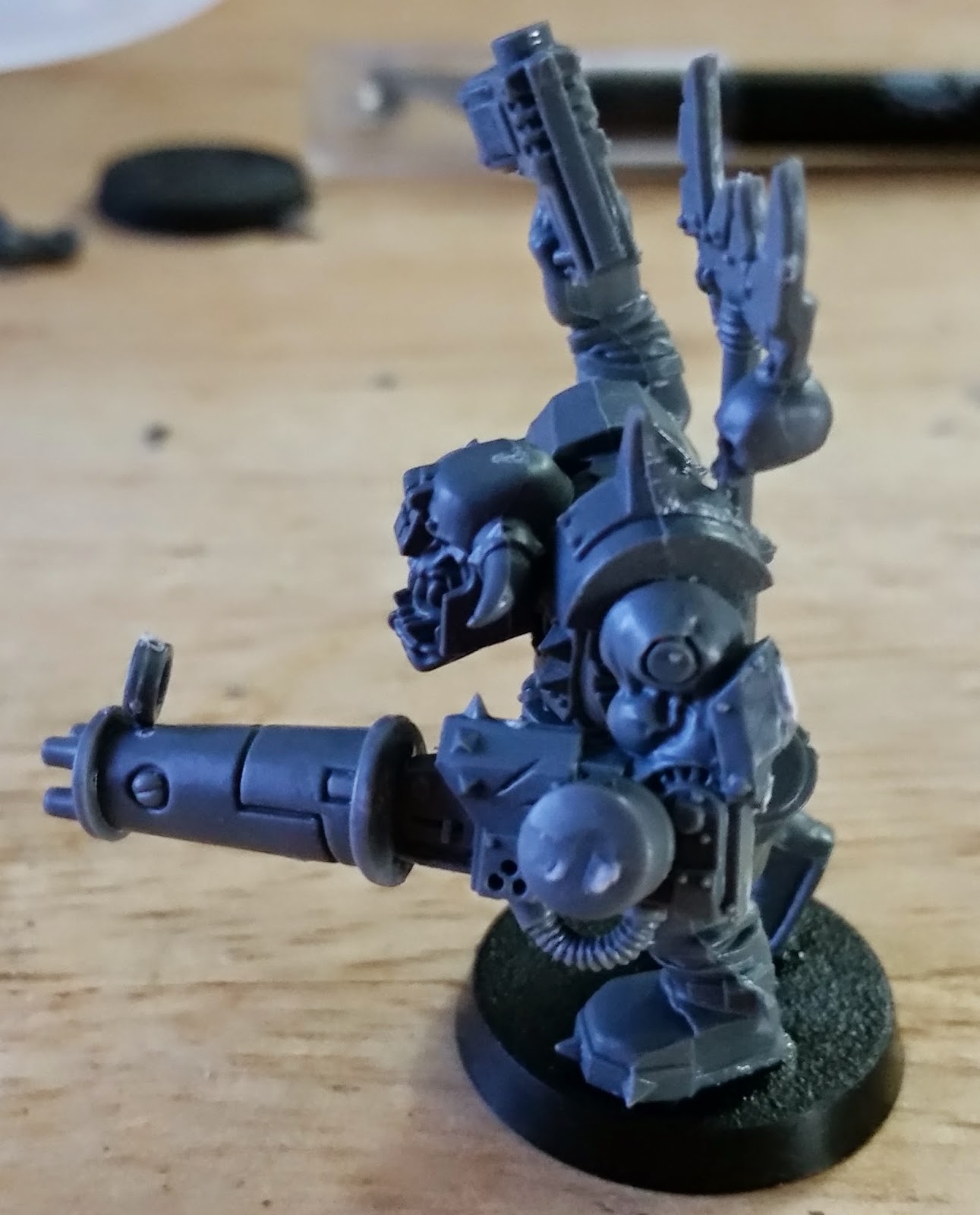 yea the barrel of the pistol needs to be drilled but other than that I like him.  The question is, "Is he a Flash Git?"

My next take was a bit different.  I used:

This one was a bit more work.  I had to shave off the gun arm. Then I took off the regular barrel off the gun making sure I kept the hand on the gun. Then I had to shave the heavy bolter to fit on the spot I cut out I then flipped ammon box to feed the bullets into the feed. I added the backpack on and *BAM* MY second Flash git is done. 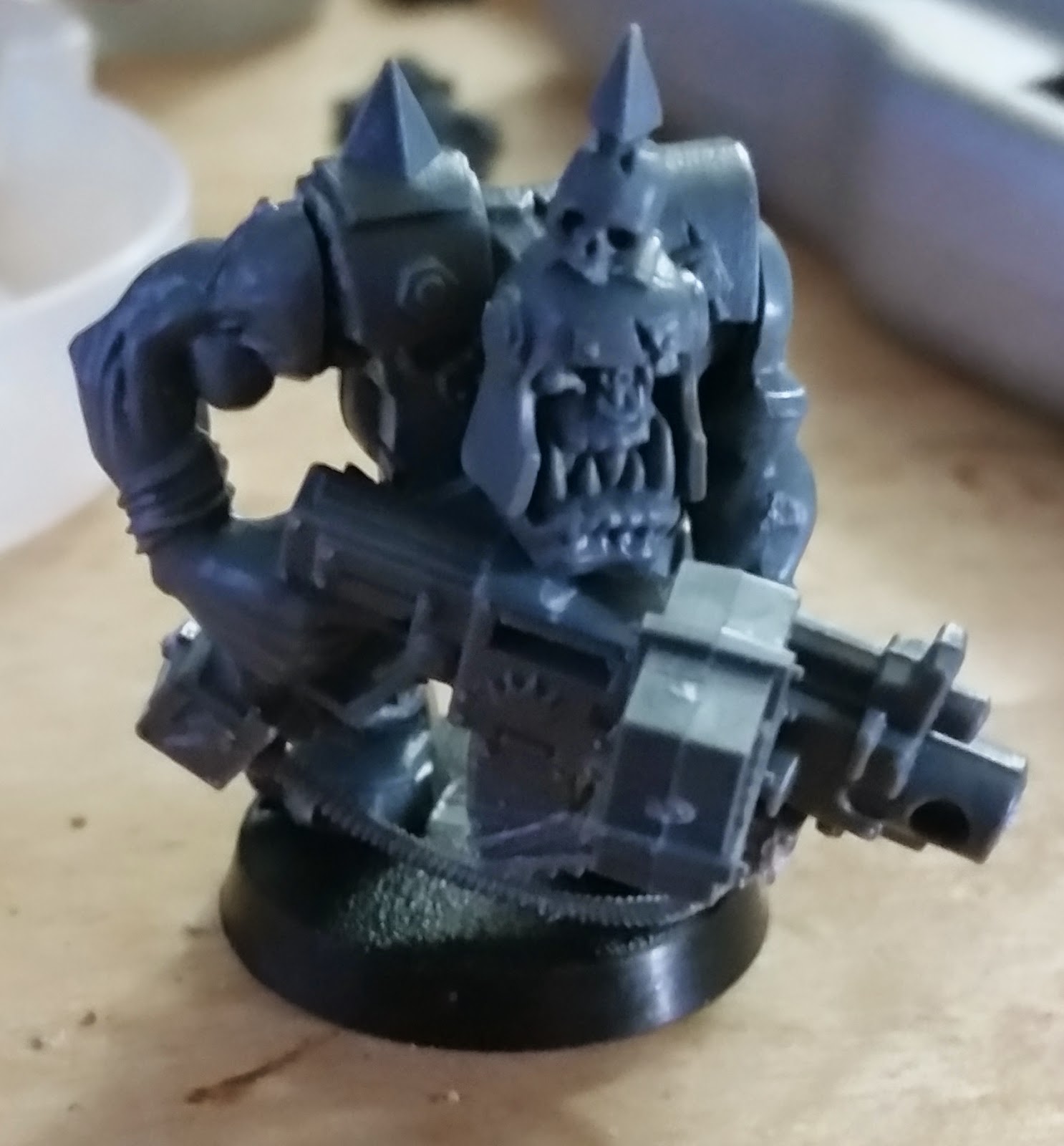 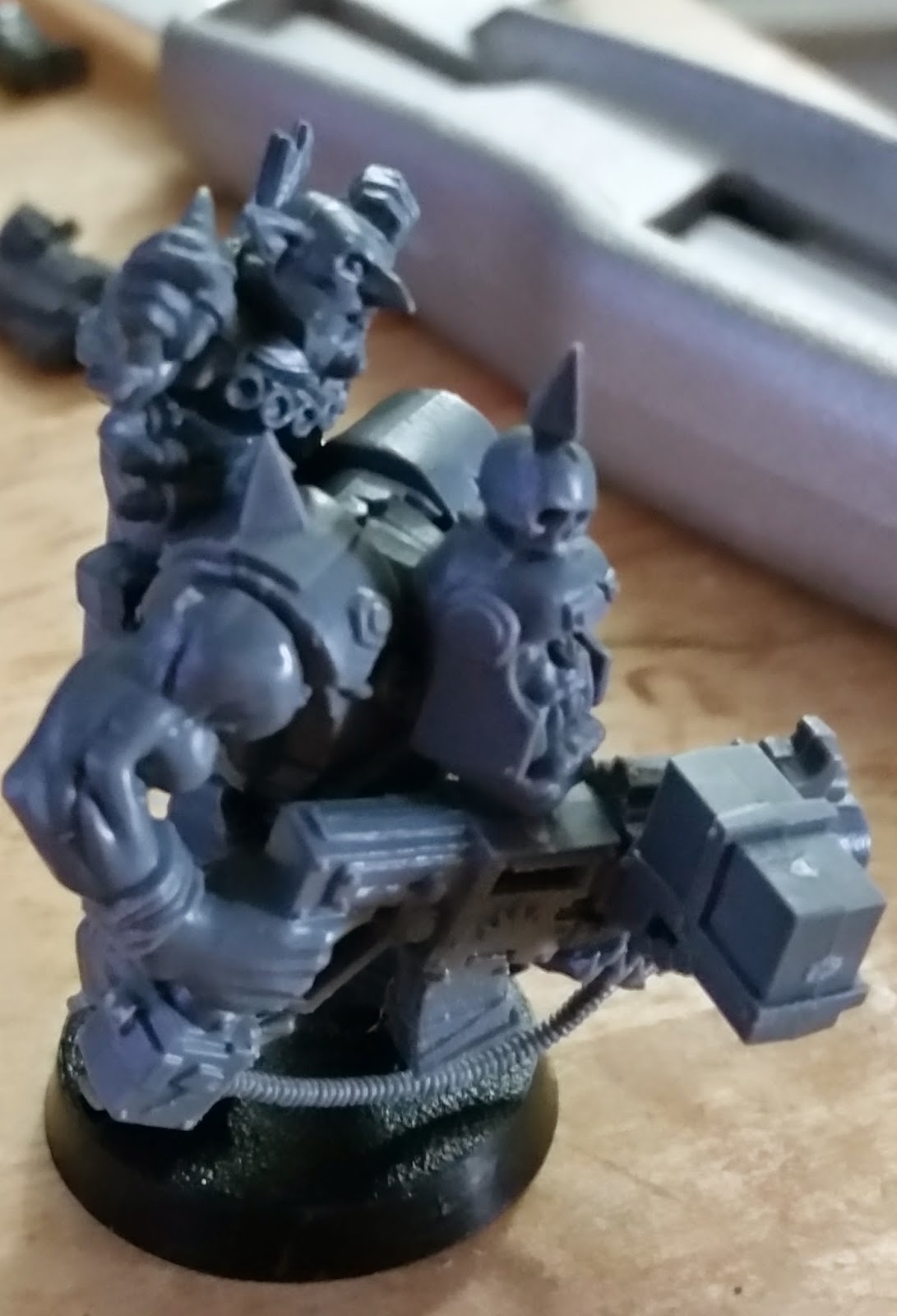 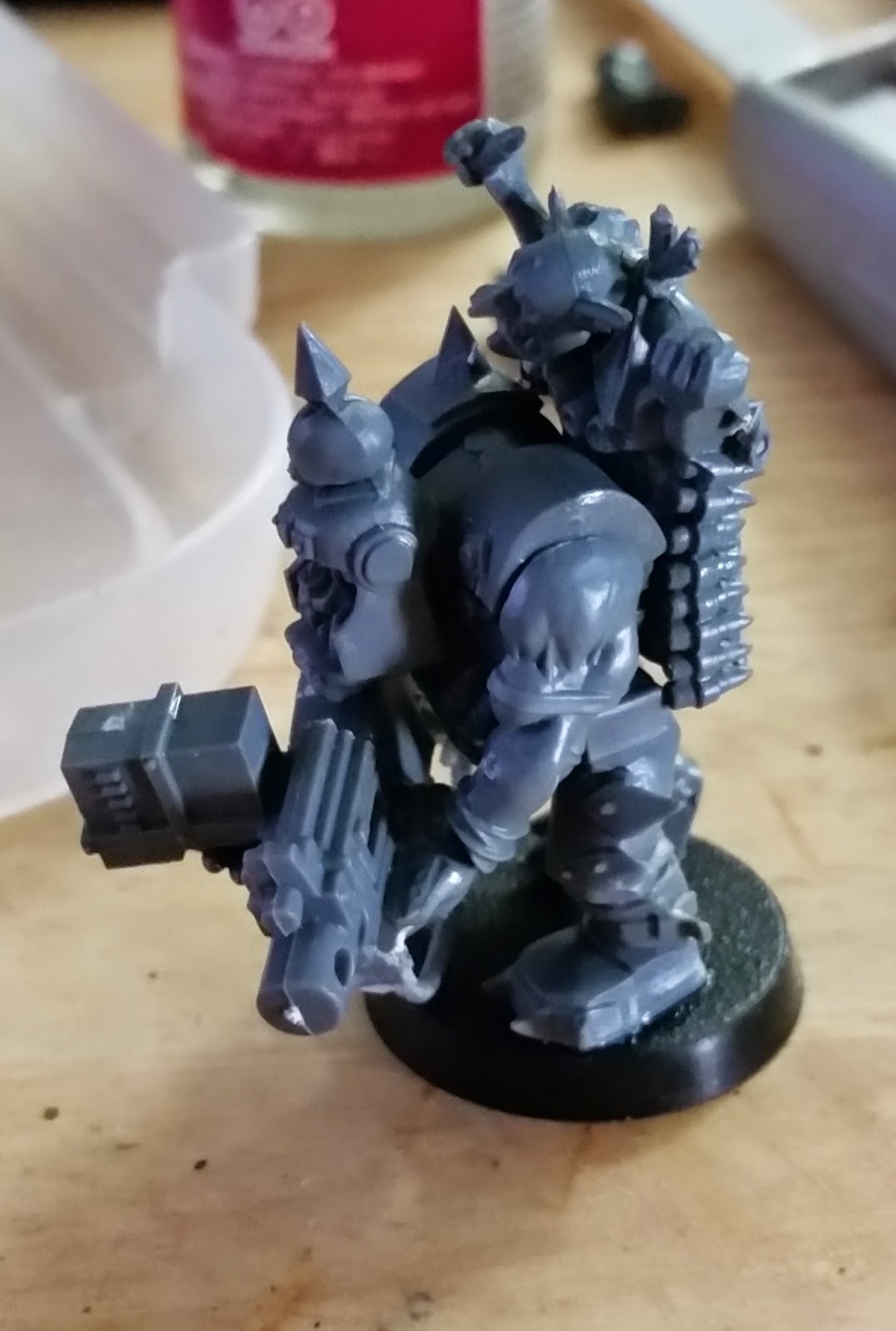 Again I see some flash and a barrel to drill but I like him.  I have 2 more that I am going to work on.  I like both of these guys.  Tell me what you guys think about them. Would you mind if I used them as Flash Gits? Until next time.