With all the snow I have had some time to finish up my Flash Gits.

Before starting on the next Git I decided to add another piece to the previous one. 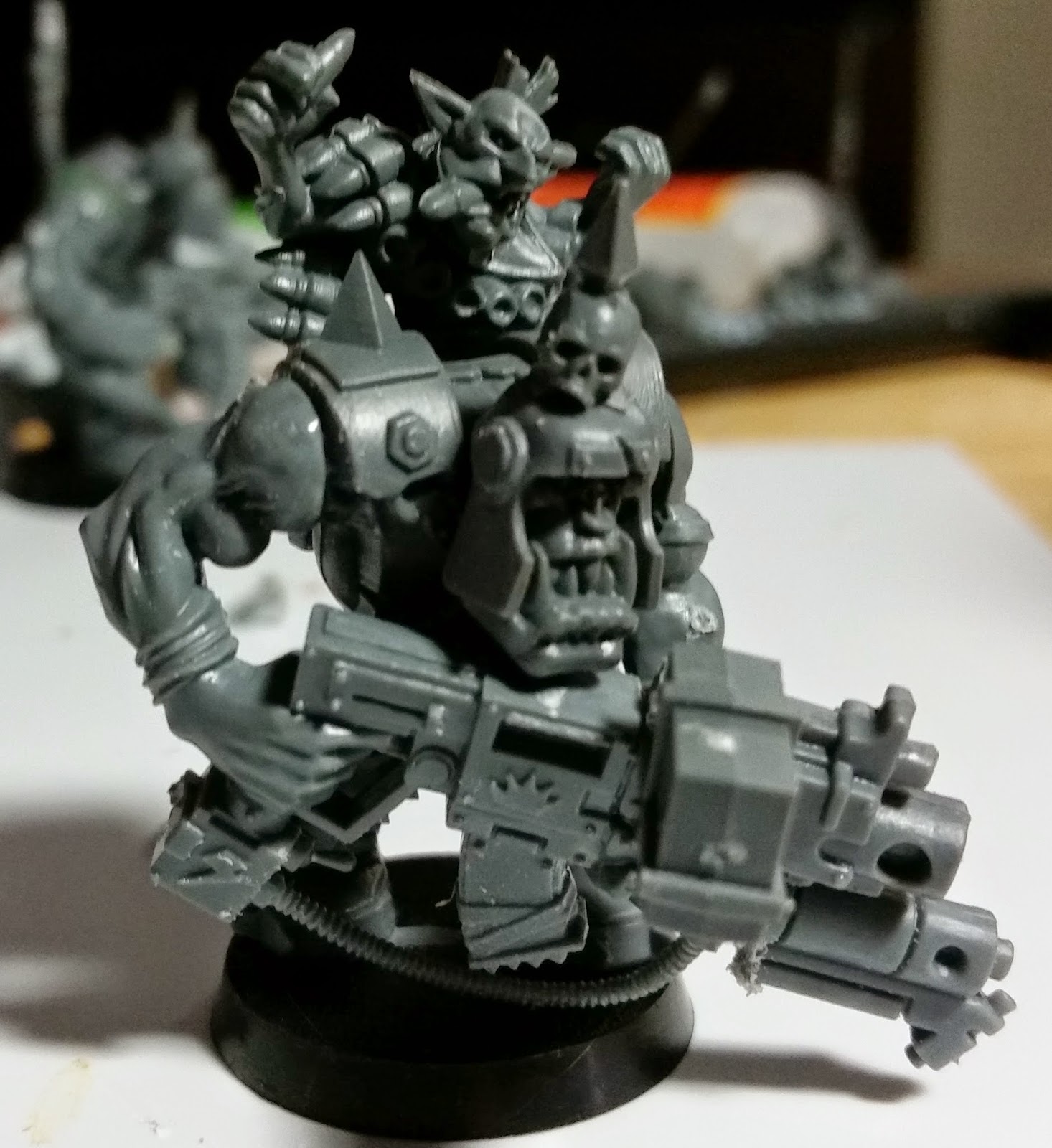 I thought he could use another gun so I added a tau flamer under slung.  I thought there was something missing now he looks sufficiently dakka-ed out.

This simple conversion I just added the tesla carbine under the big shoota and I wrapped the green stuff around like they tied the two guns together. I like the look of him.  Very beefcake. 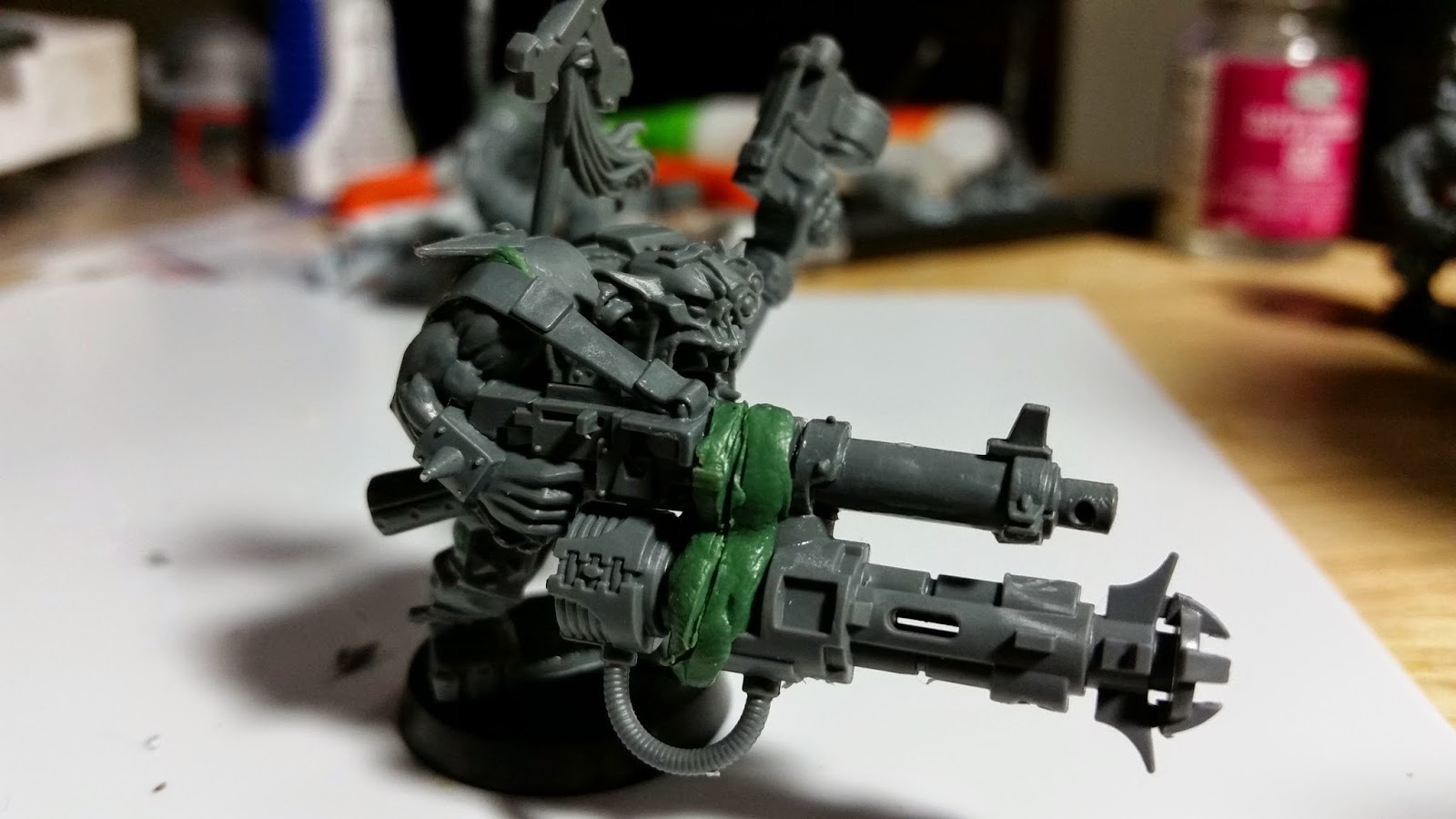 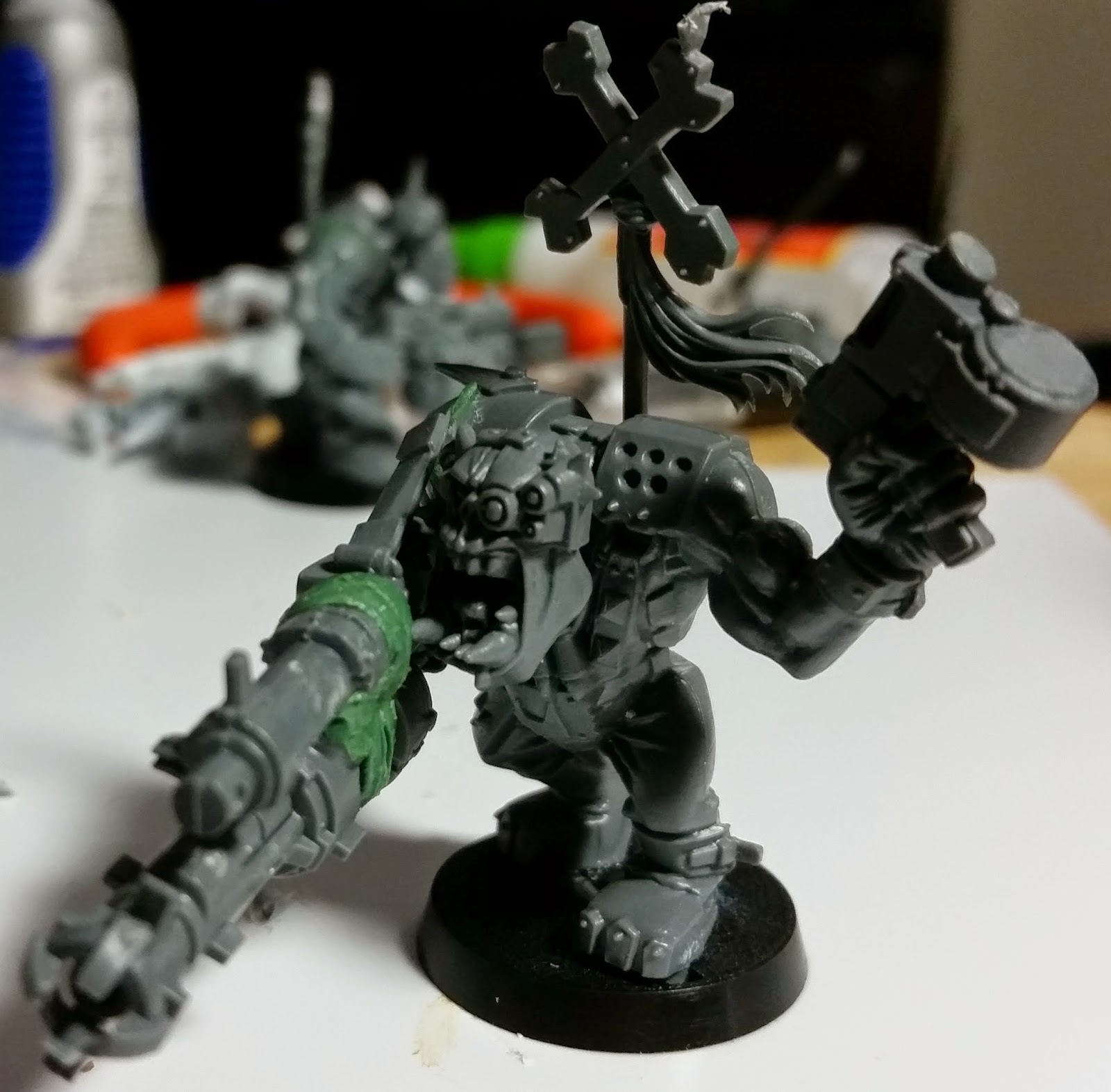 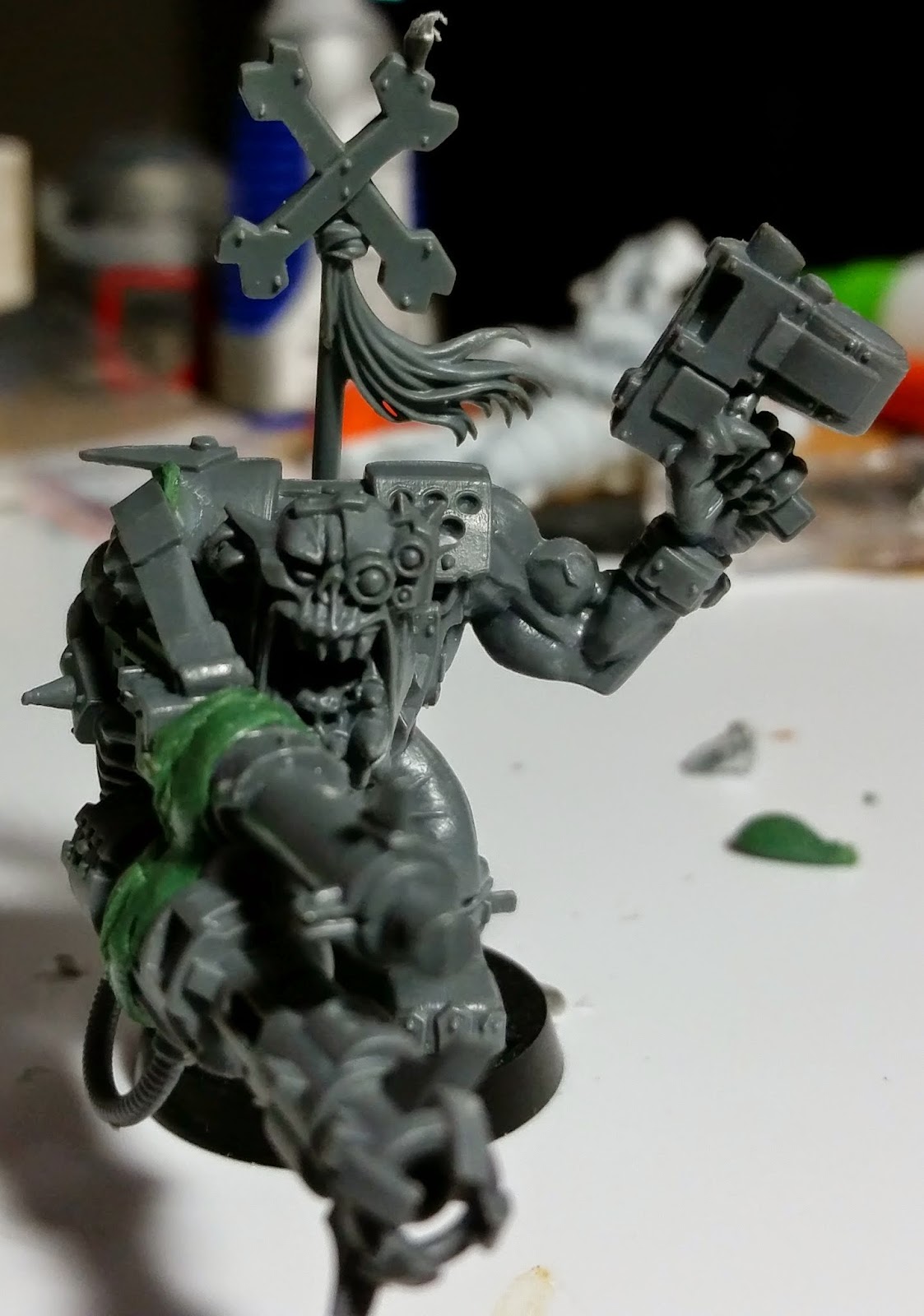 The last one was also a simple conversion. It contains:

To make this work I had to cut off the fixed arm so I could add the shoota arms.  Then I trimmed off the rokkit housing then added the barrel of the other gun.  Put it all together then there you go. 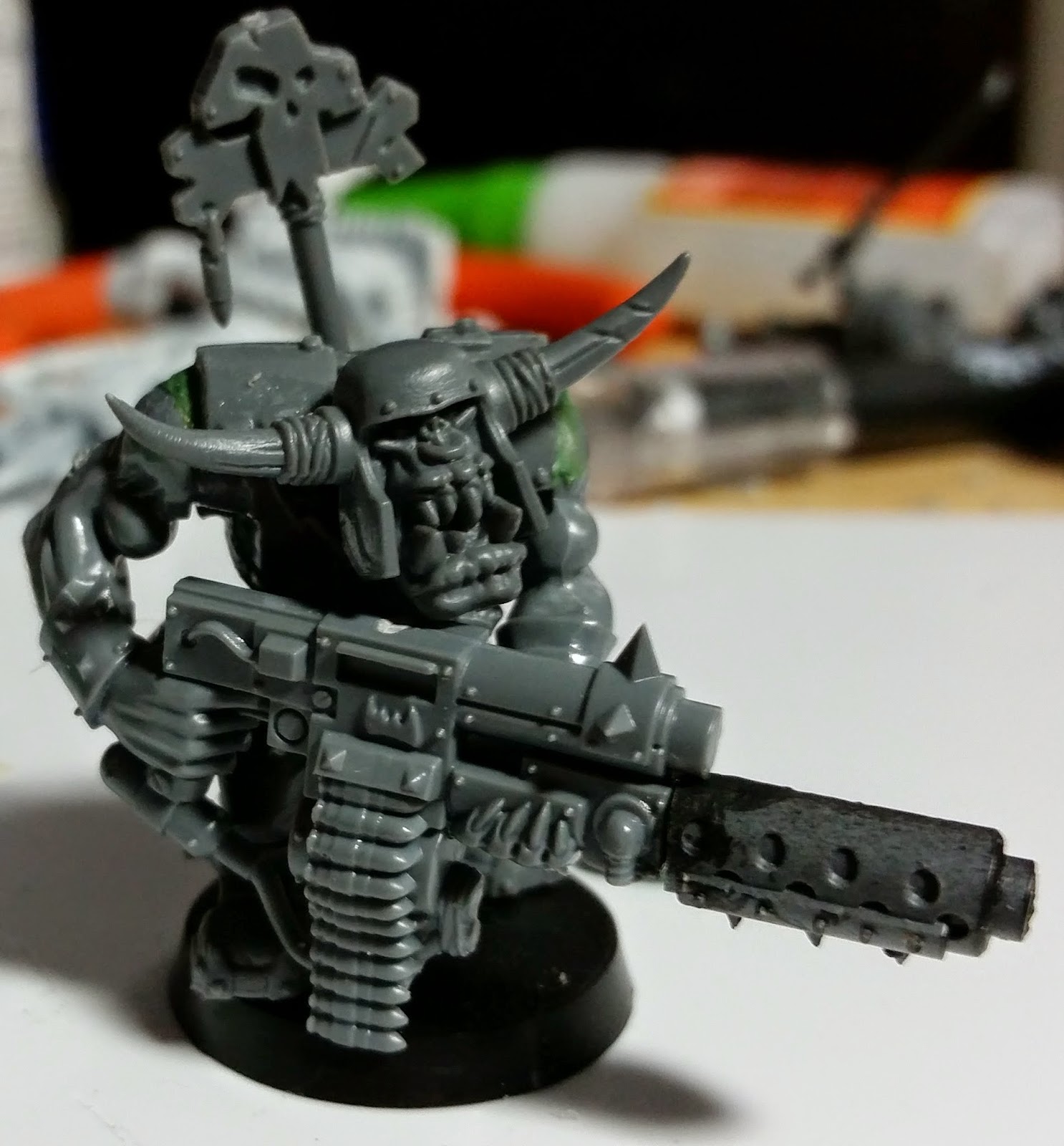 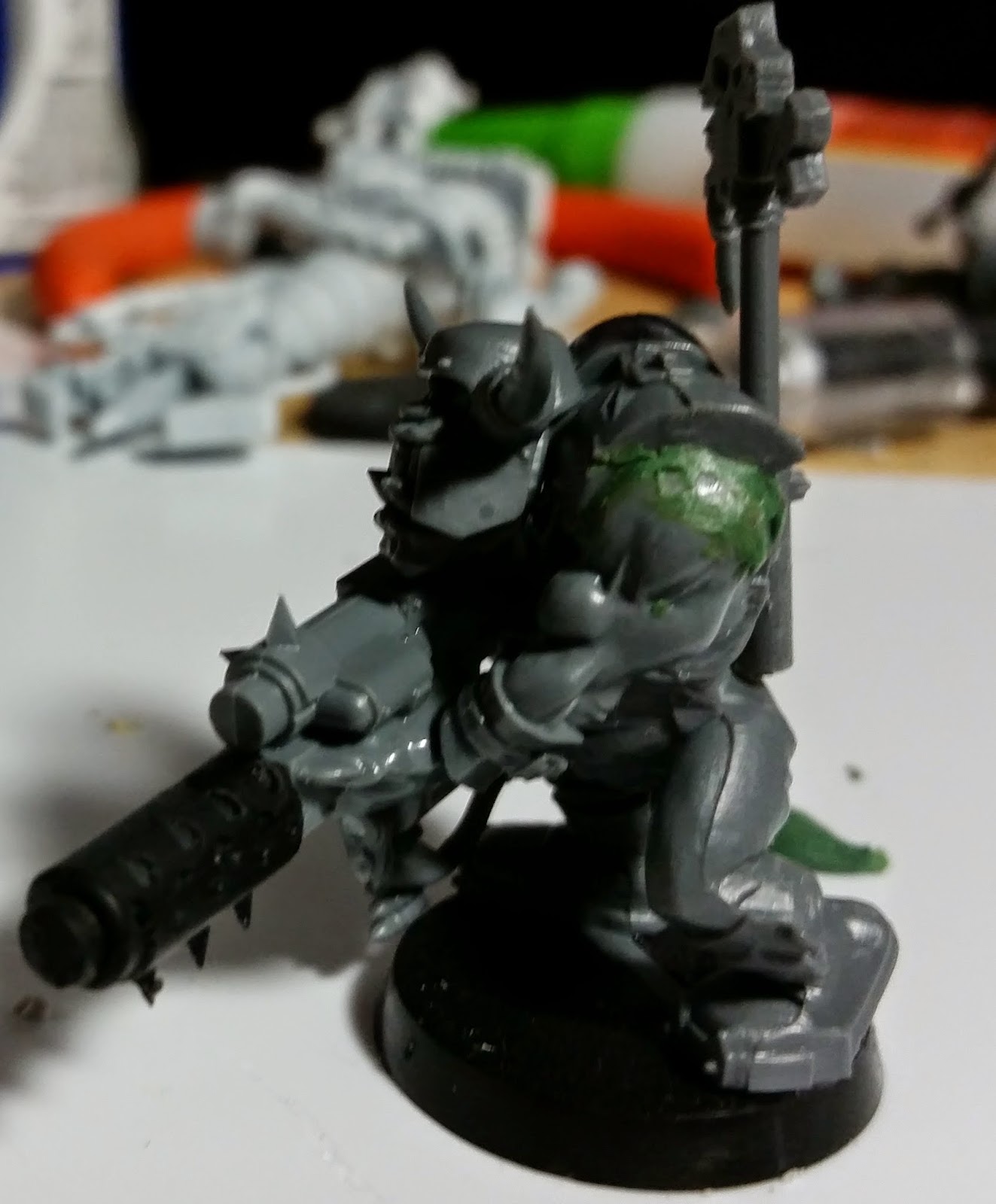 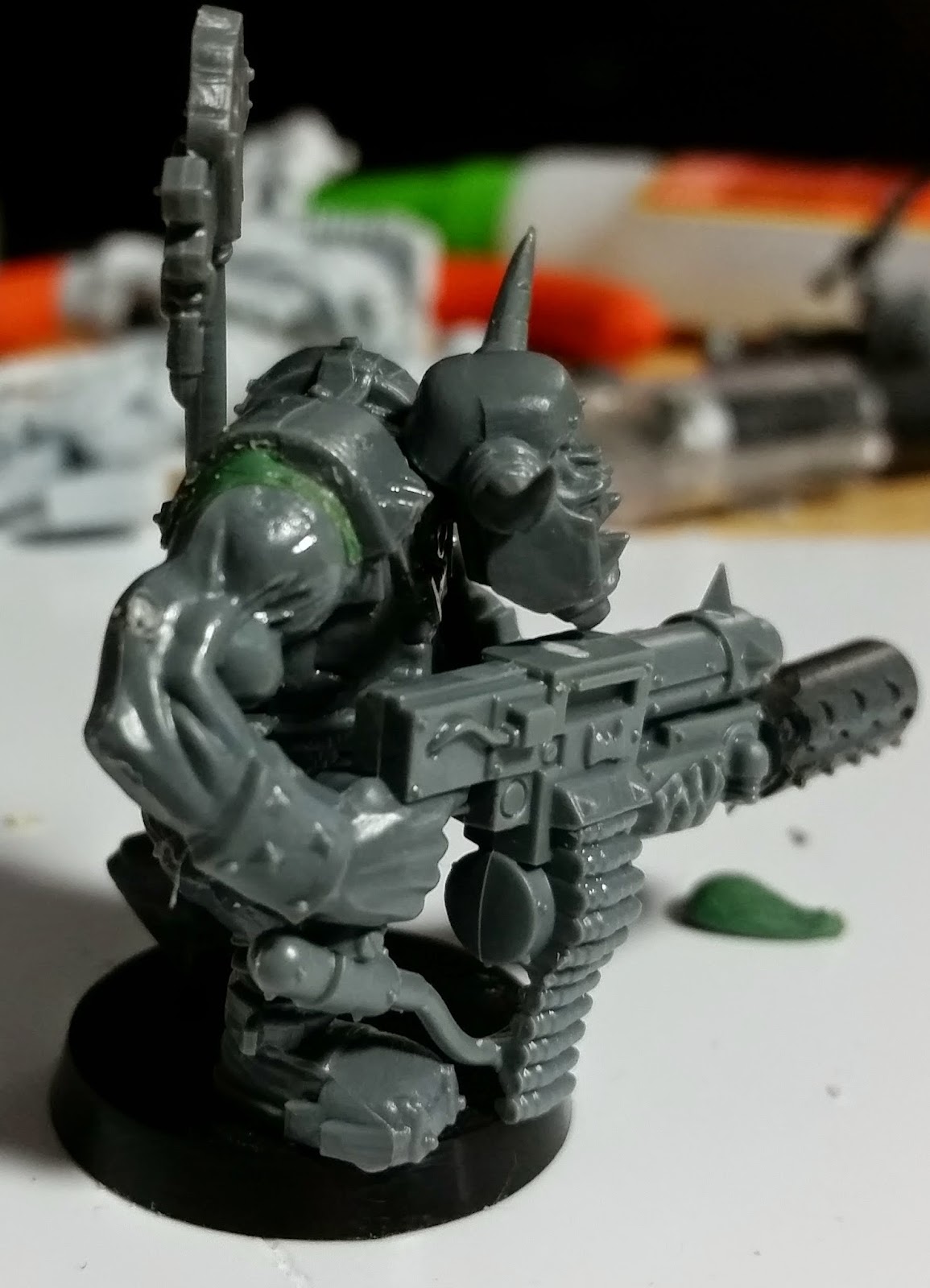 Over all I am happy with these little conversions.  I plan to get a real box of Gits then I will have 10 since I have one old metal one from a few years ago.  Of Course I need to rebase them since the new Gits are on Terminator bases.

When the weather warms up I will put a base coat on them and finish them up.  It is sad that they are held up by that but what can you do?

I hope you liked these guys. I am always looking for comments. Good or bad.