They see me deff rollin'

Ever since the new codex it has bothered me that my battle wagons still had on their deffrollas.  Back in the day the Deffrolla was an auto include.  Now I just don't see any reason to take it. 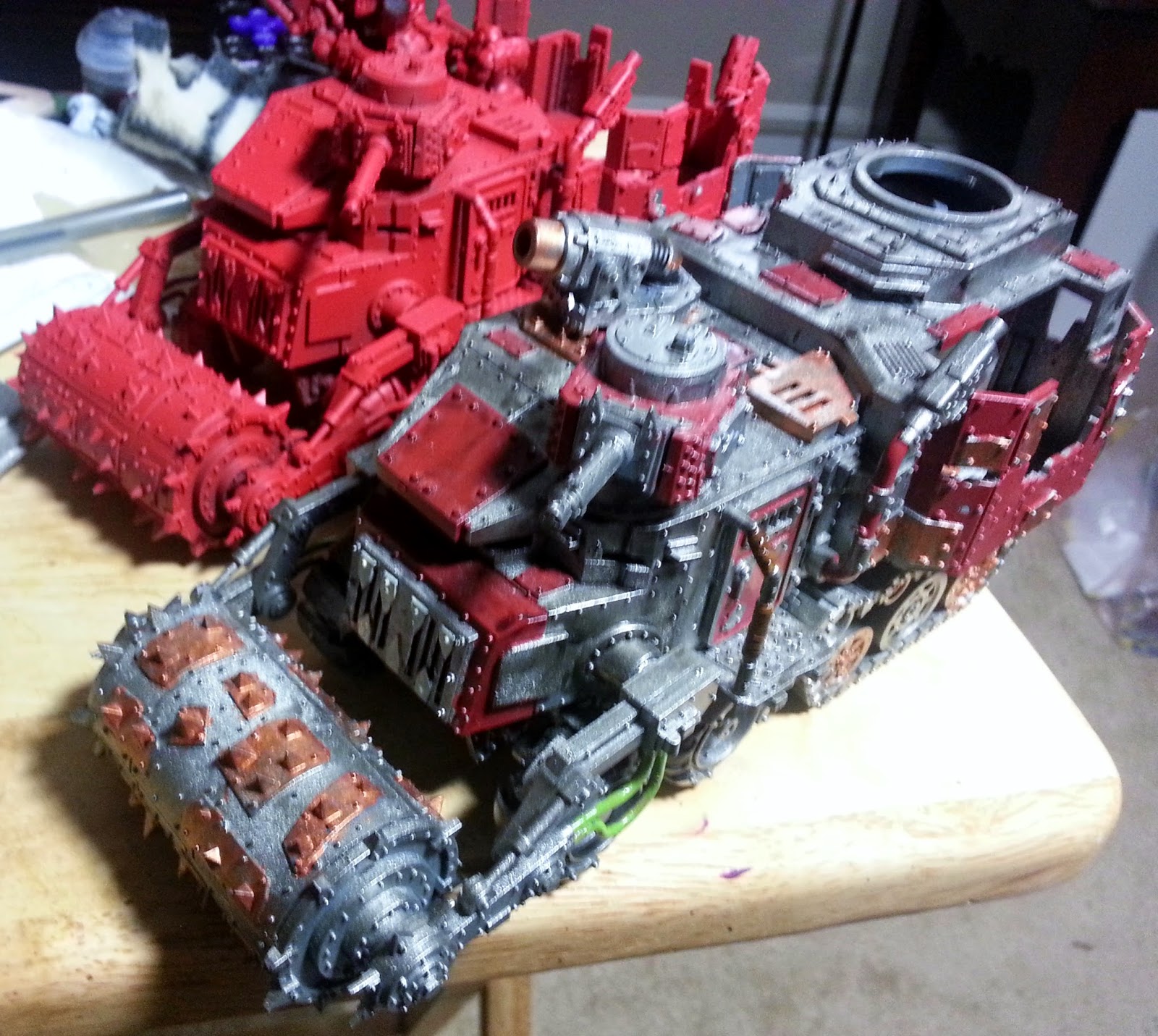 I admit that it was a little overpowered.  D6 S10 hits on anything you rammed or tank shocked was a bit much This was way over the top when you could do it to two or three units in one turn. So, I expected this to get nerfed.  As always though when GW nerfs something they pretty much take away any usefulness out of it at all. Just look at mind shackle scarabs. 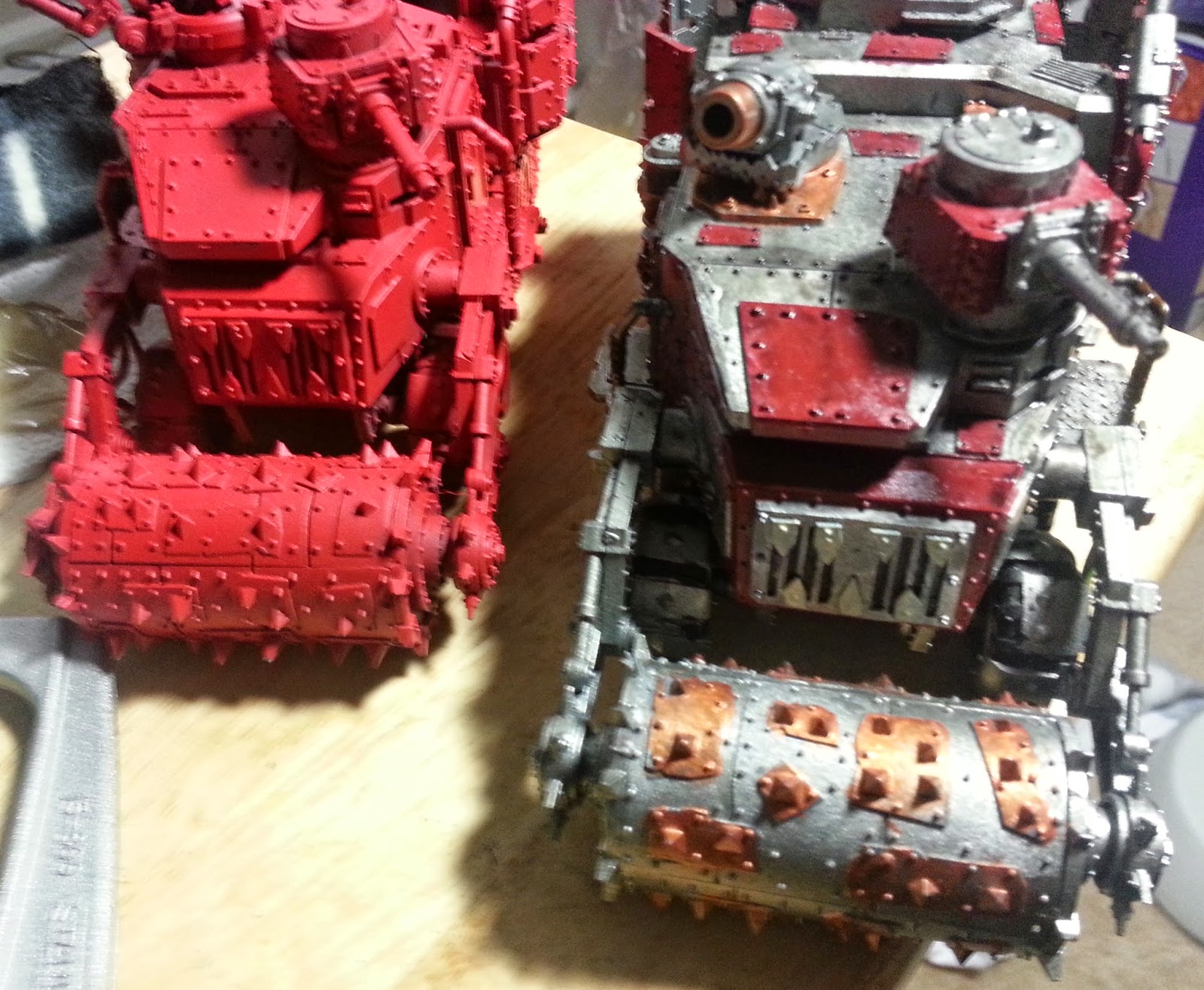 Now the deffrolla is D3 hits if the unit deaths or glories and +1 AV if it rams.  No longer can you count on it to destroy what you ram and if the unit doesn't want to take the hit they just have to move out of the way.  With these changes I think I will find other things to use my points on.


The problem is I still had the rollas on my wagons.  I like to be WYSIWYG as much as possible and those rollas make my long profile even longer.  So the rollas had to go.

I found just the tool to help me out.  This cheep portable hacksaw. 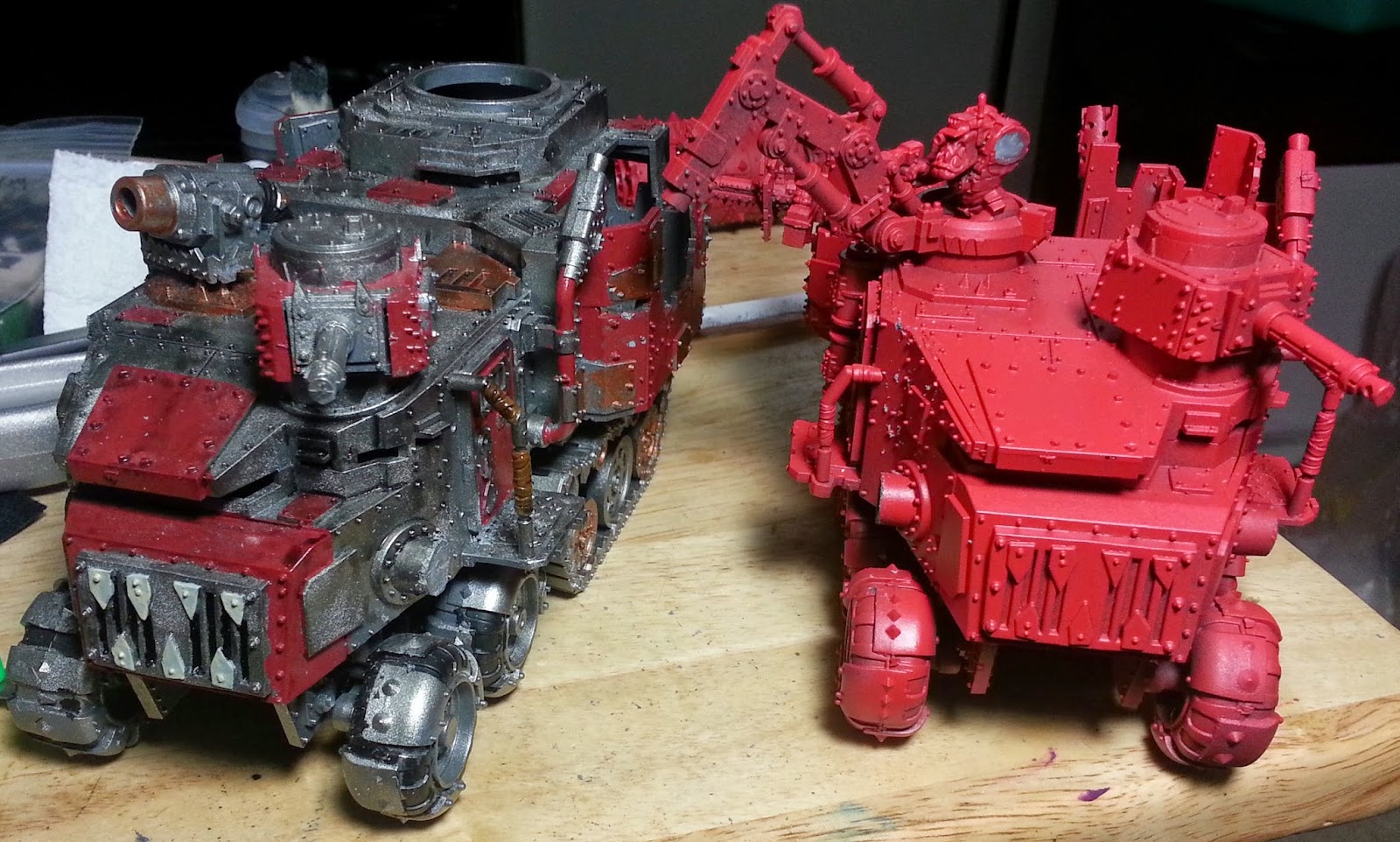 After a few min of sawing my battle wagons lost those big old rollas.  Without those they look rather small. I have not decided how I am going to finish those off.  I think I will get some magnets in there in case they make them a viable option again. I also would like to build the ram so I can attach that if I want it. 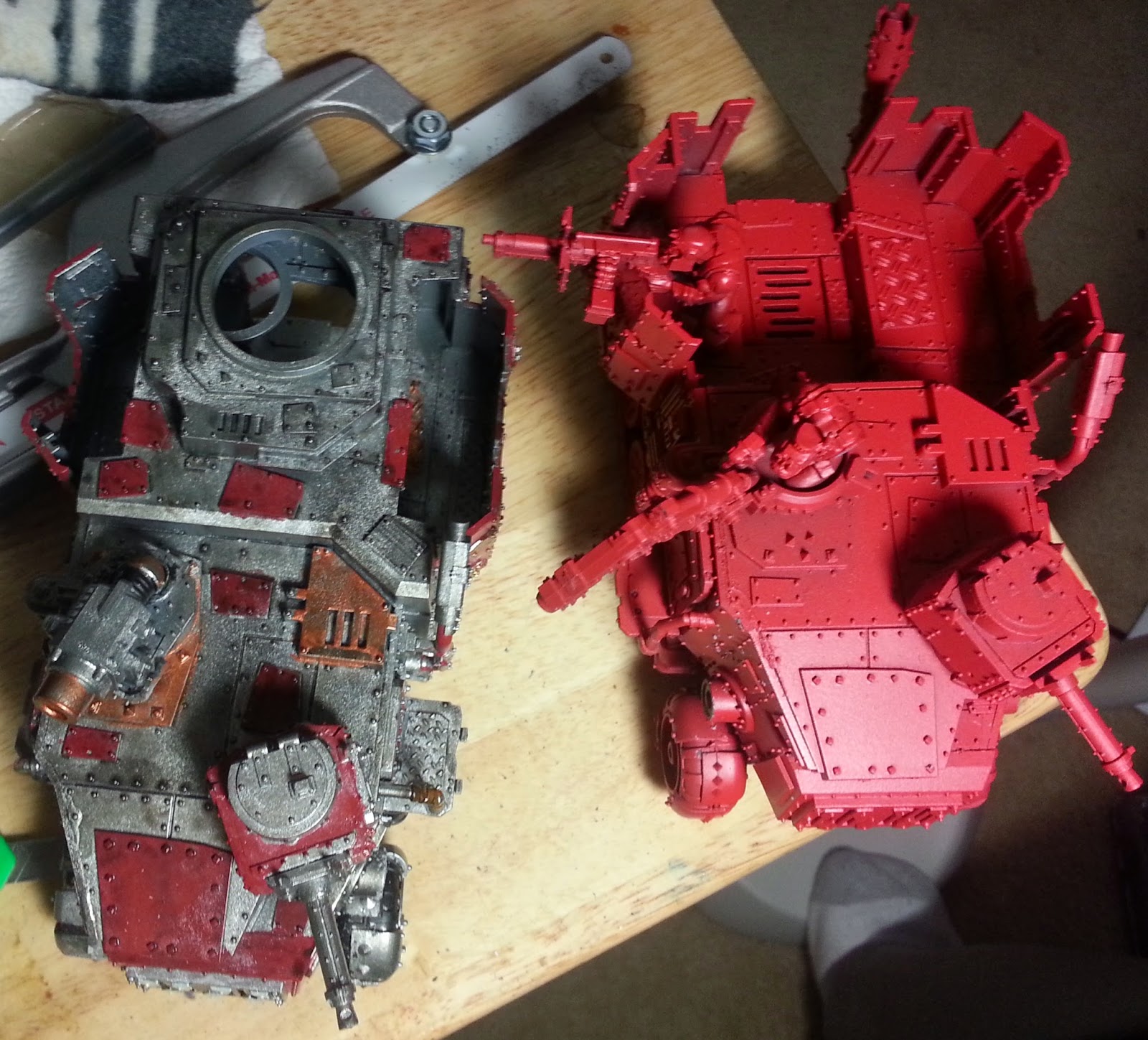 I have been thinking about trying to make some Flash gitz from some Nobs I have lying around.  I might try to make some of those this week or finish painting up the mek gun.  So, until then...