What I have been doing: 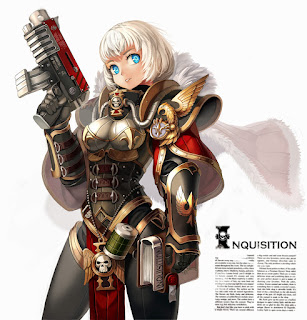 Like other gamers during the quarantine, I had some time to do some hobbying.

So right before the quarantine kicked off, I went to my shop and grabbed a battle sanctum, a box of Seraphim, and an Imagifer. 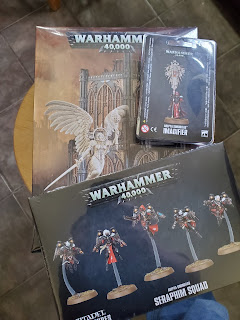 I first assembled the Imagifer.  I am still not completely sold on a single sister carrying a life sized statue on a pole but what the heck. 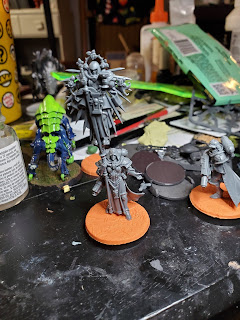 After that I went to town on the battle sanctum.  I don't do a lot of terrain but it was a nice change of pace for me. 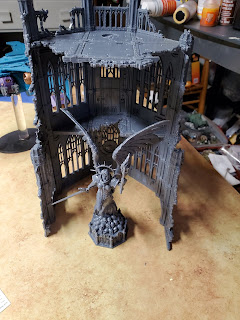 Once built I had a small window to prime it.  I primed both pieces and painted the statue. This is the first time I used Nihilakh Oxide and I am not sure if this is how it is supposed to be used but I think it give the statue a nice weathered look. It has gotten some compliments so I guess it is ok. 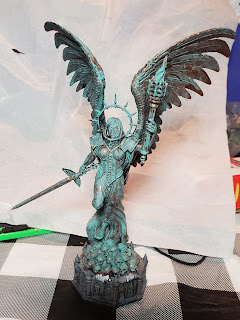 While I was painting I started to batch paint some of my sisters.  I didn't finish any of them but I got close to finishing 3. 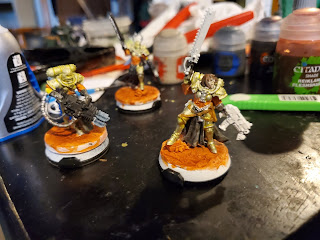 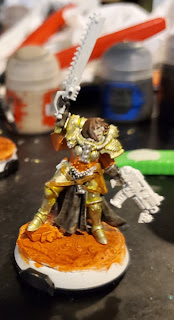 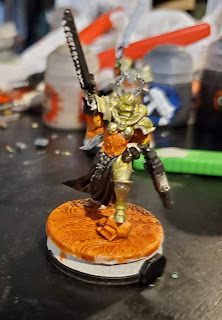 I also started an Anchorite. I feel there is a lot left here to do so I am taking my time with her. I think I will start these with a black basecoat next time so it might be a bit easier to paint up. 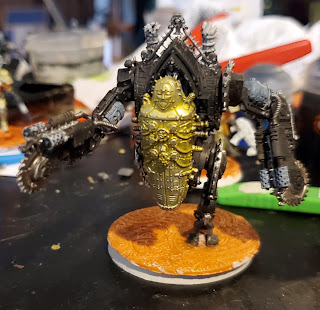 Finally I got back to building some models. I built the Seraphim box to have one superior, 2 hand flamers, and 2 incinerator pistols.  That way I can have a squad of each when I combine them with the Seraphim from the big box. 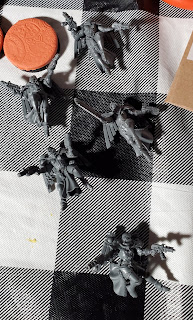 Lastly I built up my last box of Retributors.  I wanted to compliment the other heavy weapons I already have so I built 2 heavy bolters and 2 multi-melta sisters.  This should give me a squad of 4 each.  This is better than the squad I was running of 2 each. 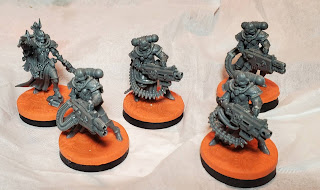 I also added one of the bolt pistols from the Seraphim squad to make her a little more unique. 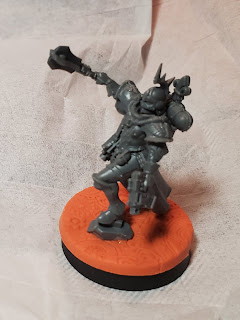 That is all the hobbying I have done.  I did try out Tabletop Simulator with a friend as well.  While it is not the same as the real thing it does scratch the itch.  I wish rolling dice was a bit easier but what can you do?


I hope to get some more models painted in the next week so keep a look out for that.