New Formations for the Cult Mechanicus 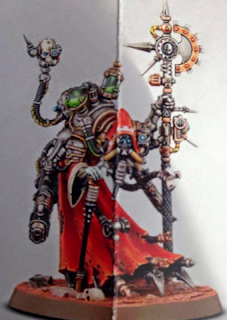 Over on Faeit they have the latest leaks for the Cult Mechanicus.  This time we get to see some formation for the faction.  There is a couple I am very interested in. 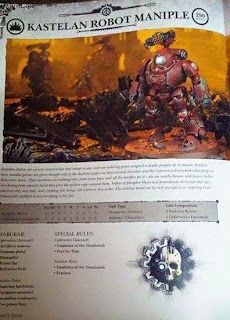 The first one is nice you can have one big squad of robots that all shoot at different targets.  This will be nice for those that want to spam the robots.  I don't plan on it but it is something to look at. 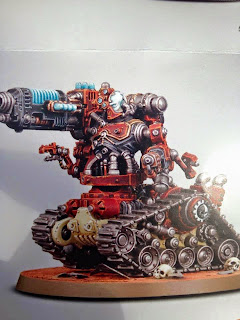 
I like this formation. This is one that my join up with the Skitarii to provide long range support where the Ironstriders might not work as well.  The +1 BS and ignore cover is just icing to the top of this delicious treat.  I will probably end up with this formation by the end of collecting the Skitarii 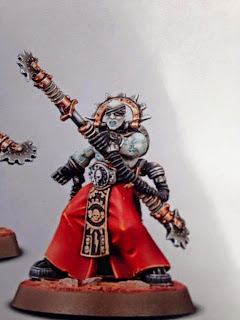 While re-rolling wounds is nice I am not sold on these models and will not be getting them no matter what. It is like the wracks in the Dark Eldar and all of the chaos line.  I have to build paint and play with them and I don't like them.  moving on...


Where the Elimination Maniple replaced the Ironstriders I think these might replace the Dragoons.  We still don't know the rules of the Breachers but if they have any high strength AP2 they will fill a role better than the Dragoons.  The problem is these also may fill a role similar to the ruststalkers and infiltrators and to be honest I will stick to the Skitarii.

So there you have it.  The Cult is looking up and pretty cool. I wonder what their full chart is going to look like.  Either way I have a feeling the griping about the Eldar might cool down a little to be replaced with robot complaints.  I guess we will see soon.