After working on my tyranids and Ad Mech, I decided it was time to take a break and work on some orks.  Since I was almost done painting up my squad of lootas, I decided to finish them first.
I only had 3 primed lootas left to paint.   After painting them, I needed to base the whole squad and the lootas would be done. 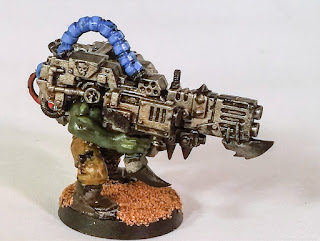 With the barrels on their guns being so large, I just might take a drill to them to give them that much more detail.  Until then, a black dot will work. 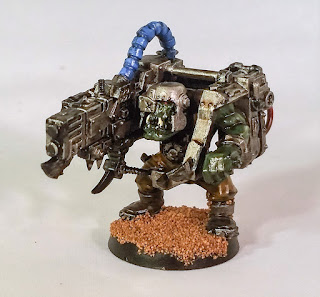 After taking these photos I noticed some of my basing material got on my boyz.  I am going to have to go back and clean them up. Work work work.... 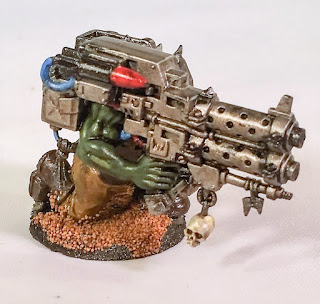 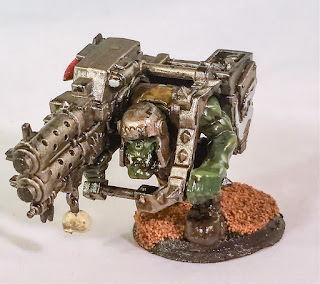 This is another one that has some detail that I am going to fix. I completely missed the skull hanging from the gun. 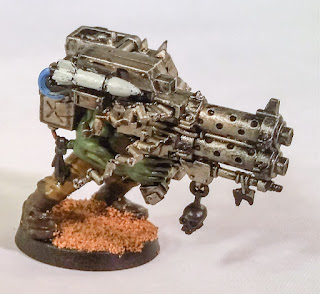 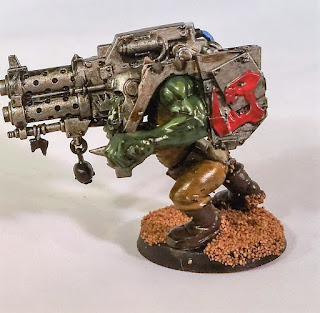 Over all they are table top ready.  My squad is 14 strong which I can add a mek to and make a full squad or 3 min squads.  I used to run the big squad but they generally don't make up their points.  I probably just am using them wrong.  Everyone seams to love these guys.

With these done it is off to some Flash Gitz.  Just looking at them, I see a ton of detail and I have a feeling that they may take me a while.  I am also expecting my first box of Ad Mech Destroyers to be coming in soon.  Once they are built and painted I will come back and work on the Flash Gitz some more.  It is a good feeling to see my to do list get smaller.