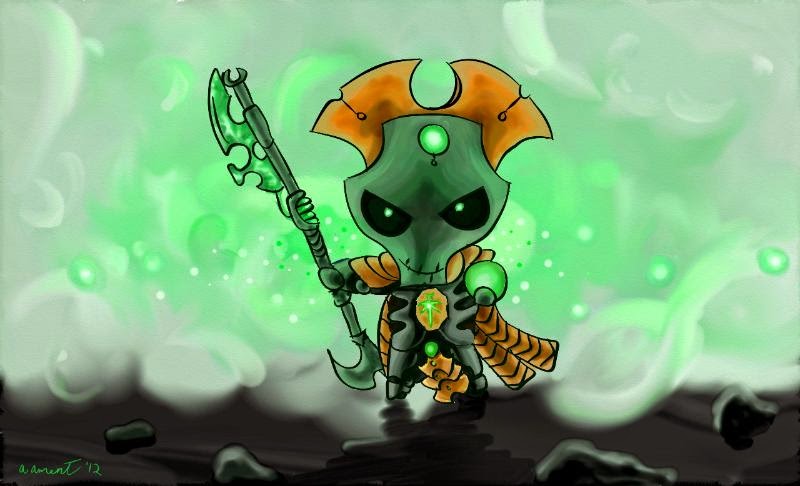 I know I said I was taking a break from posting but I just saw the new necrons and thought I would throw up a post with my thoughts. I found a picture on the net.  It is a low res pic but you can see what matters.

First of all there looks to be a new lord.  If this guy is plastic I want to pick him up first  thing.  If he is only in a but box like the broodlord or Gruk I just might have to splurge. 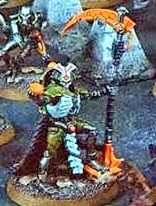 That is one cool lord and scythe.  I would love to have him.

Next up are some immortals on the new bigger base. Nothing new still the same cool immortals.

Not much to see except they look the same and are on the big base.

Lastly we see the warriors. They are too on the big base but it looks like they have some new guns.  while I am not sure it is a new gun or just a redesigned gun. The current warrior one of the last of the old transparent rod models.  When they remade the immortal they got rid of theirs so if they were going to remake the warriors it only makes sense to get rid of the rod as well.

here is a better shot from shield of Baal 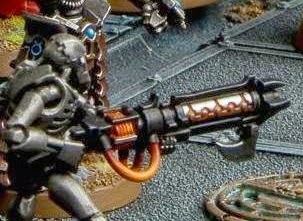 Now if this is a new gun I might have to pick up a few depending on the stats but if it is a redesign I will keep my 40 warriors I have painted on their old small bases.

If they are fixing these maybe they will fix the destroyers too.  Everyone is begging for a destroyer lord or plastic crypteks.  A cryptek box set of 5 would be awesome.

Well that is all I know. When we find out some more I will give you my 2¢ until then...

Questions? Comments? Will be backs?